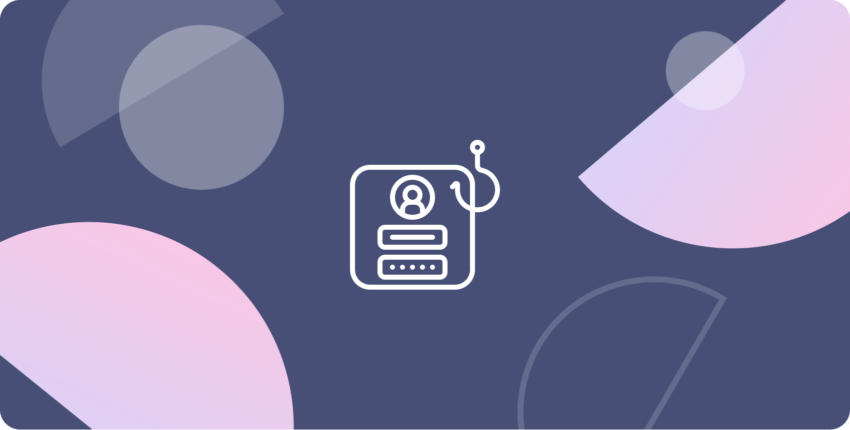 “Why pay for something when you can get it for free?” That’s probably how most people rationalize the use of a free VPN service instead of a paid one. However, are free VPNs really “free” or are there some hidden costs that you may have overlooked? It’s a good question, especially in today’s digital age where many businesses can get away with employing deceptive strategies to market their brand. The VPN industry is no exception.

Why Would You Need to Hide Your IP Address With a VPN?

Before we get into the hidden risks of using free VPN services, it is essential to understand why people use a VPN in the first place. In a nutshell, people use the latter to unlock geo-blocked content and hide information about their online activities from prying eyes. It accomplishes this by encrypting data flowing in and out of a user’s computer or mobile device and then routing it to a VPN server that directly interacts with the target server (website or app). As a result, ISPs (Internet Service Providers) and other third parties do not see the user’s IP address and other sensitive information.

Of course, it’s not to say that no one can ever see your information online as long as you’re using a VPN. The company itself that provides you with the VPN service has access to your data, and therein lies the potential problem. When you rely on a VPN to protect your identity over the Internet, it’s crucial that you opt for a service provider that you can trust.

When many of the premium VPNs on the market cost $100 or more per year, a free VPN might seem like a knight in shining armor, which isn’t the case. Like the real knights of the medieval ages, free VPNs are almost always self-serving, and it’s not that difficult to see why. After all, servers cost a significant amount of money to run and maintain which even free VPN companies have to pay for. The only possible means to accomplish the latter is for free VPN companies to sell the data of their users. Information about one’s online activities is much more valuable than most people realize and a VPN company gets all of it when you use their “free” service.

Is Your Data Safe With Free VPN?

One of the questions that beg an answer when signing up for a free VPN is — “Do free VPNs sell your data?”

Unfortunately, most free VPNs trade user data in exchange for their service in providing a secure connection for users. Unless you’ve read through the fine print of its terms and conditions, you’ll be oblivious to the dark nature of free VPNs.

Each time you’re connected to a free VPN, all your activities are being logged and stored. This data is often sold to advertisers. By installing a free VPN, you’re giving consent for your data to be harvested, knowingly or not.

So, is your data safe when you’re using a free VPN?

Not really. If advertisers can get hold of your data via a free VPN, there’s a chance that entities with malicious intent could do the same. This defeats the purpose of using a VPN, as your privacy and security will be compromised.

Why would anyone want to buy your information from a free VPN service?

To better understand just how valuable your online information is, consider Facebook’s acquisition of a VPN company called Onavo in 2013. The social media giant paid as much as $200 million to finance the acquisition. While they marketed the movie as a necessary step towards protecting user data, it turns out that Facebook was doing quite the opposite by gathering sensitive information from users which included the following:

It is believed that the information above was then sold to interested parties to use as they see fit. As you might imagine, this was a nightmare for users that value their privacy; many of which denounced Facebook’s Free VPN Service as a form of spyware as it secretly collected information in an environment that promised its users a measure of privacy. As a result of the backlash, Facebook pulled Onavo from iOS App Store in August 2018 followed by the Android Play Store in February 2019.

If you were to check the privacy policy of free VPN services on the market, you would find that they all practically behave the same way. In exchange for using their “free” services, VPN companies can use the information you send through their network however they please. Such data is worth a lot of money for advertisers looking to use the information to profile and target leads with ads. In the worst-case scenario, the information can be sold to unscrupulous individuals looking to steal your identity and collect sensitive personal and financial information.

If you’ve ever looked for ways to unlock geo-restricted content on Netflix for free, then you have probably heard of a free VPN service called “Hola.” The latter has more than 150 million users around the world and if you are one of them, then you may want to pay attention to the next paragraph.

As it turns out, Hola is one of the worst “free” VPN services out there. This is because it not only collects and sells user information but turns computers into exit nodes that allow them to cash in on their user’s bandwidth. The latter was discovered in 2015 by a team of researchers investigating reports of illicit tracking over the Internet.

Today, Hola maintains that the alleged activity was a bug exploited by unscrupulous individuals and that they have updated their program and privacy policy to reflect their practices. The details, however, are buried in the fine print which has led many to remain skeptical and for good reason.

Betternet is another free VPN service with a user base of around 38 million people, most of whom are unaware of how their personal information is being treated.

Of course, Betternet is relatively transparent about the ways they make money from their users which include the following:

While the monetization methods mentioned above are not unusual for a free VPN, Betternet is notable in that it reportedly has one of the largest numbers of tracking libraries out of all free VPNs on the market. If the latter is a fact that you’re not comfortable with, then Betternet is something that you would want to avoid at all costs.

Opera’s free VPN service is unique in that it is an integrated feature of the Opera Browser. Users need only enable it from the Opera Browser and start enjoying a secure connection to the Internet without having to install or configure anything. You might think that such a feature is Opera’s strategy to increase adoption of their browser, but that’s just one part of the story.

The truth is that Opera engages in the usual practices of selling user information through their free VPN service. Not that there is any intention of hiding it. Opera’s Privacy Policy states that they share user information with third parties and that you are permitting them to track your information online. Of course, how many of us read the privacy policies of every digital service that we subscribe to?

As far as free VPN services go, Psiphon is one of the oldest names on the Internet and has been around since 2008. For more than a decade, they’ve managed to keep their free VPN services running by selling user information to third parties. It is estimated that Psiphon makes at least $2.2 million through the latter alone.

As mentioned earlier in this article, Onavo was Facebook’s free VPN service that was used to mine and sell user data for marketing and advertising. Facebook also monetizes the platform through display advertising and sharing the information it collects with affiliates and other interested parties.

In February 2019, Facebook officially announced that they were pulling the plug on Onavo and other related Facebook research programs amid controversies over privacy and data security.

Despite its obscure name, ZPN’s free VPN service has over 8 million active users around the world which is nothing to scoff at. One reason for its surge in popularity is that they offer 10 GB of bandwidth which is considerably more than what most other free VPN services provide.

Like most other free VPN companies, they share user data with affiliated companies as stated in their privacy policy. They also restrict user bandwidth, speed, and server locations to urge users to upgrade to their paid service.

FinchVPN is one of the better choices when it comes to free VPN services and is widely regarded as more secure than many of its counterparts. While they do restrict user bandwidth and server locations for their free service, FinchVPN does offer some advanced features which include the following:

However, FinchVPN is similar to other free VPN companies in that they share user information with third parties. This includes connection/disconnection time, bandwidth use, and IP addresses.

TouchVPN is another free VPN service with a somewhat notorious reputation for injecting advertisement cookies, tracking pixels, and tags (web beacons) on browsers. That said, they have been relatively transparent about logging the personal information of users in their privacy policy. They admit to doing the latter to improve their services although nothing is stopping them from selling data to interested third parties.

Of course, what makes TouchVPN one of the worst free VPN services around comes down to three reasons:

Key Differences Between Paid and the Best Free VPNs

Now that we have gone over the ways on how free VPN services make money out of their users’ information, it’s clear that they are not a good choice for protecting yourself against cybersecurity threats and keeping your online activities anonymous. Keep in mind that running a dependable VPN network costs money. VPN companies are not charitable institutions and everything from running global servers, providing user support, and developing applications have a price, and users end up paying for them in one way or another.

So how is a paid VPN service any different? Well, quite a lot as you might imagine and we highly recommend them for the following reasons:

It’s no surprise that the premise of getting anything of value for free is an extremely effective marketing strategy. This is why the use of free VPN services is so prevalent, although it is something that we cannot recommend for obvious reasons. The whole point of using a VPN is to keep your information safe from interested parties — something that a free VPN service doesn’t offer. If you’re going to use a VPN service, it would be best to opt for a reputable service provider that gives you the utmost privacy and data protection for a price — nothing more and nothing less.