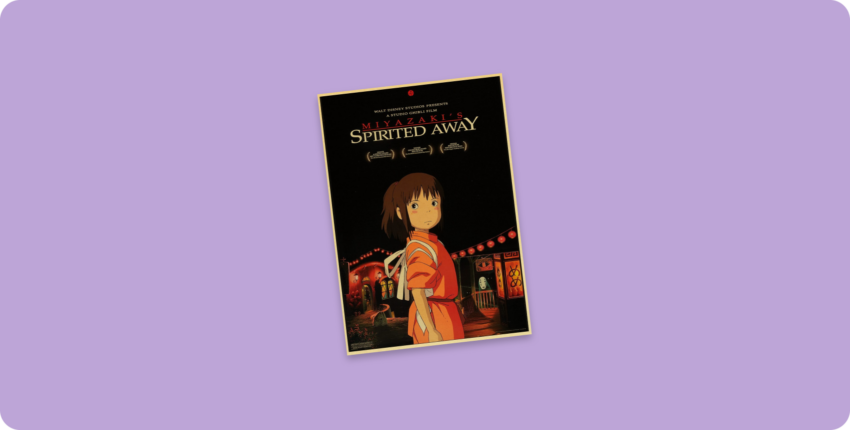 Where to Watch Spirited Away

Although it’s been almost two decades since the release, Spirited Away remains one of the best anime ever created. Most adults remember watching this Japanese masterpiece in their childhood, and it’s a pleasant memory to have.

If you’re curious why Spirited Away is such a cult movie and where you can watch it in the new decade, read on — we’ll try to satisfy your curious mind without spoiling the fun. We’ve also created this guide for those who want to bring back their childhood memories by watching the film again.

When is Spirited Away Coming to Netflix?

If you’ve missed out on this awesome anime, place it in your “must-watch” list in 2020. The good news is, Spirited Away is coming to Netflix. This is a remarkable feat for the streaming giant, as Studio Ghibli has been reluctant to offer its digital content until now.

While some of Studio Ghibli’s titles became available on the 1st of February, 2020, the award-winning Spirited Away was included in the Netflix library on the 1st of March. It is streamed in Japanese (the original language) with English subtitles.

Before you get carried away with the news, we hate to break it, but Netflix users in the US, Canada, and Japan have no access to Spirited Away in their libraries. This is due to some licensing agreements that Studio Ghibli has with other publishers in these countries.

How to Watch Spirited Away if You Live in the US, Canada, or Japan

The news that you can’t watch Spirited Away or any of the popular anime by Studio Ghibli in these countries is a dampener. However, there’s an easy trick that will grant you access to the same content enjoyed by the rest of the world on Netflix.

You’ll need a VPN that grants you access to the Netflix server in a country where Spirited Away is available. The VPN server will cloak your device with an IP address of a particular country. This will trick Netflix into identifying your device as originating in the country.

But there’s a catch, not all VPNs can unblock Netflix, even if you’ve got your IP address changed. That’s because Netflix has caught on and has been aggressively blocking incoming connections from VPN servers.

As a result, you’re left with only a few VPNs that are still outsmarting Netflix.

Best VPN To Watch Spirited Away

We’re not kidding when we claim that only a few VPNs can unblock Netflix. Add connection speed into the equation, and you’ll only have a handful of VPNs to help you watch Spirited Away. Connection speed is an important factor that could mean the difference between an enjoyable streaming experience or one that’s punctuated by time lags. We

ClearVPN has everything you need to stream Spirited Away on Netflix UK.

Precious memories are built when we’re young, but they tend to fade in time. Netflix has done us a great favor by adding Spirited Away into their libraries. Folks in the US, Canada, and Japan can now rejoice ’cause we’ve shown you how easy it is to stream the anime.