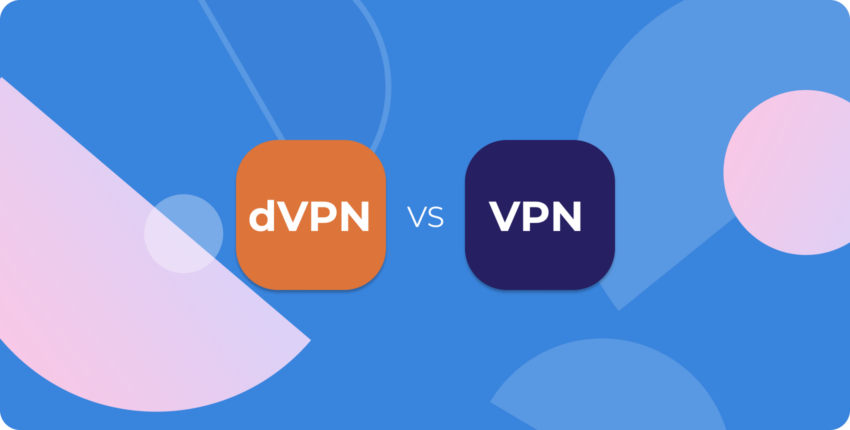 dVPN vs VPN — What’s The Difference?

Growing security risks on the Internet have led many users to sign up to use a VPN. By doing so, they trust VPN providers for much-needed security and privacy. Now, privacy-conscious users hope that the emergence of the decentralized VPN — or dVPN — will allow them to be less reliant on VPN providers’ infrastructure.

If you’re wondering how a dVPN differs from a VPN in terms of security, privacy, and anonymity, we’ve got you covered. Read on as we pit these two relatable security technologies side by side.

What is a VPN?

A VPN, or virtual private network, is a network technology that encrypts internet communication data and hides your IP address. It involves routing data from devices through a network of VPN servers before reaching the broader internet. When connected to a VPN server, your device is assigned a new IP address to mask the original IP address.

A VPN not only secures devices from potential data breaches but also ensures that user activities remain hidden. Users are assured by the provider’s no-log policy, which generally states that no identifiable information is stored on their servers. Most people use a VPN to protect themselves from hackers, prevent spying, or access geo-restricted content.

VPNs are centralized and close-sourced. This means that only the VPN provider can access the underlying source code. The public cannot verify that the VPN app and servers are as secure as claimed by the provider. Nor can you be sure that the provider isn’t keeping logs contrary to its privacy policy. Therefore, it’s important to use a VPN with a solid reputation for prioritizing user security and privacy.

What is a dVPN?

A dVPN is the acronym for “decentralized virtual private network.” Like a VPN, a dVPN encrypts data, masks the IP address, and allows you to access the internet anonymously. However, the decentralized VPN service removes the dependency on closed, proprietary VPN servers.

A decentralized virtual private network operates on the same blockchain technology used to facilitate secure cryptocurrency transactions. Instead of routing data through a pre-determined server, dVPNs separate every transmission into smaller data packets and relay them through the devices of fellow dVPN users.

The immediate benefit of using a dVPN is the absence of a single point of failure. Unlike conventional VPNs, the dVPN remains functional even if one of its transmission nodes breaks downs. Failure is self-contained and does not affect the overall network. Moreover, hackers cannot intercept the data transmission as information is routed to various nodes. They must spy on or attack all of the nodes involved to do that.

dVPN vs VPN – What’s The Difference?

Here is what separates a dVPN from a VPN.

A VPN is a commercial network security solution where the provider cloaks the underlying technologies from public view. You do not have access to the source code nor the blueprints of the VPN setup.

Conventional VPNs promise anonymity but are highly reliant on the robustness of the provider’s infrastructure. As such. the slightest flaw in the provider’s server can compromise your privacy. Therefore, a dVPN’s decentralized nature is a better safeguard for your privacy. Instead of relying on a single tunnel, dVPN assures total anonymity by transmitting the data through different nodes.

All VPN providers guarantee their users that they don’t store logs. But users have very little control over whether the provider intentionally logs or sells their connection data to third parties or not. Some free VPNs have been known to sell their user’s data which is one of the main reasons why we recommend subscribing to a reputable VPN service. Even then, there’s no guarantee that the VPN provider will keep its promise.

On the contrary, dVPN providers can’t store connection logs as they don’t own the network of private computers that a user’s data passes through.

For years, subscribers have used VPNs to bypass censorship. However, some content providers have gained the upper hand in detecting and blocking VPN traffic. They do so by identifying the specific IP addresses of shared VPN servers and performing deep packet inspections to trace patterns of VPN traffic. Meanwhile, dVPN gives you a better chance of avoiding geo-location blockage as it blends your data with those from regular PC transmissions.

A VPN will suffer from graver consequences in the event of an attack. Every VPN network server is sequentially connected, which means all data follows a singular path.

Using a dVPN reduces the risk of attack significantly, thanks to its multiple diverging nodes. It’s almost impossible for hackers to simultaneously bring down all of the nodes involved.

How to Use a VPN

Despite its intriguing benefits, dVPN technology is still in its infancy. There is a lack of consistency in terms of pricing, speed, and ease of use in dVPN apps. For example, some dVPN providers charge based on bandwidth, while others impose a daily fee. Connection speed is dependent on active users, which means if you sign up for a relatively new dVPN, you might have difficulty streaming high-resolution videos.

If you’re looking for a solution for private browsing or bypassing local censorship, signing up for a reputable VPN is still the wiser choice. ClearVPN is a trustworthy VPN that offers security, anonymity, and strict no-logging practice. It also has an intuitive interface that lets you establish a secure connection based on what you want to do online.

Here’s how to get started with ClearVPN.

Is a decentralized VPN better than VPN?

Technically, a decentralized vpn is more advantageous than a VPN in terms of perceived security and privacy. dVPN uses a peer-to-peer (P2P) blockchain-based network of computers to route encrypted data between a device and the internet. However, dVPN’s decentralized nodes often result in an unpredictable speed.

What is dVPN crypto?

Some dVPN providers reward users who turn their computers into nodes with their respective cryptocurrencies. You can use the earned dVPN crypto to pay for the subscription or trade it for other cryptocurrencies in crypto exchanges.

Decentralized VPNs are geared toward privacy-conscious users, particularly those living in highly-censored countries. Blockchain and crypto-savvy users are likely to be early adopters of dVPNs. Meanwhile, most consumers will benefit from conventional VPN’s ease of use, speed, and versatility. 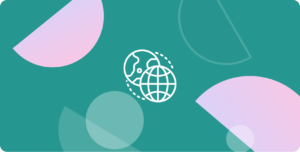 #Crypto
WEB 3.0: How Will It Change the Future of the Internet? #Crypto
Best Cryptocurrency To Invest In 2022 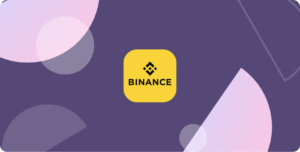