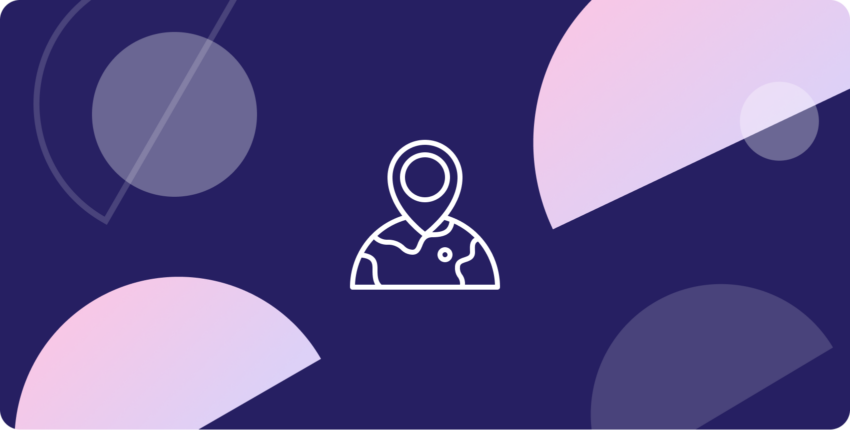 Install
Home • VPN • How to Use a Geo VPN to Bypass Blocks and Content Restrictions
Jun 22, 2022 4 min read

Geo-locked content is a burden for many travelers and business owners. It can be frustrating to find out that you can’t watch your favorite TV show or stream the newest movie because of where you are in the world. In this case, a geo VPN offers a solution by routing your connection to servers located in a different country. This allows you to bypass geo-blocking and unlock all types of content.

Keep reading to learn more about how a good geo VPN can help you unlock the world of geo-locked content.

Before anything else, let’s define what geo-restriction is.

Geo-restriction is a technology that restricts access to online content based on the user’s geographical location. For example, it prevents users from other regions ​from accessing certain information, such as TV shows or sporting events, by limiting them to their geographic area.

Geo-restriction is done by checking your IP address to determine the location you’re connecting from. If that particular region has access, then it will allow you through.

For example, if you’re in the US, you’ll only be able to access geo-restricted content meant for viewers in America. This means that if you try to access content intended for viewers in another country, it will be blocked.

Why are Some Sites Restricted?

Now, this begs the question — why do countries geo-block websites and other types of online content in the first place? Unfortunately, the answer is not as simple as one might think. Many countries have a history of geo-blocking various types of content, including websites and other forms of media. This can include everything from pornography to political criticism.

More specifically, on this latter point, some countries may block online sites due to fear or anger at their portrayal or description of the state, its government, or its leaders. Other countries may block an online site due to fear of publicizing their own country’s problems and scandals (such as human rights violations) to prevent national embarrassment on a global scale.

For example, China has been known to geo-block sites like Twitter and Facebook for this very reason — the country’s leaders do not want their citizens to be able to see or discuss instances of corruption and poor treatment at the hands of government officials.

Another common reason why websites are blocked in certain regions is the matter of copyright. For example, the official websites of many television shows and movies are geo-restricted to prevent users in other countries from streaming or downloading copyrighted material for free.

Now that you know why countries block websites and online content, you’re probably wondering if anything can be done to unblock geo-restricted sites. Fortunately for users around the world, there is one method for bypassing censorship and geo-blocks on the Internet — use a geo VPN (Virtual Private Network)!

VPNs work by routing your internet connection through a server in another country so that it appears to websites and other users on the Internet as if you are located there. This allows you to easily bypass regional restrictions on sites like Twitter, Facebook, Netflix, etc.

There are many VPN providers available online today. However, keep in mind that not all services will work with geo-restricted sites. Additionally, many free VPNs will not work with Netflix and other popular streaming services due to how they’re configured.

Fortunately for users looking to unblock geo-restricted sites and stream content worldwide, one VPN does work, and it is one of the best VPNs to bypass geolocation blocks.

ClearVPN is a virtual private network provider that has hundreds of servers located in 19 countries worldwide, including the US, UK, Netherlands, Canaday, Germany, Australia, France, etc. ClearVPN’s VPN service allows users from around the globe to easily bypass censorship on sites like Facebook, Netflix, Twitter, and more.

In addition to its roster of diverse servers, ClearVPN offers users unlimited bandwidth and fast speeds so that you can stream content without having to worry about data caps or slow internet connections. This makes it one of the best VPNs for Netflix geo-blocking.

How to Use VPN to unblock geo-restricted sites

Now that you know why websites are blocked and that you can use a geo VPN to get around it, you might wonder how to unblock geo-restricted sites using VPN? Well, it’s not as difficult as you might think, and for this example, we’ll use ClearVPN.

You can get started quickly by following a few simple steps:

5. That’s all there is to it. ClearVPN should now be installed and operational on your device.

Let’s Wrap it Up

With ClearVPN’s geo VPN service, you can get access to a world of geo-locked content from around the globe. You no longer have to worry about not being able to watch BBC or Hulu because you’re in China (or anything like that).

We hope this article has been helpful and that we’ve helped bring some clarity on the subject. If you have any questions, feel free to contact us anytime, and we’ll be happy to answer them for you.